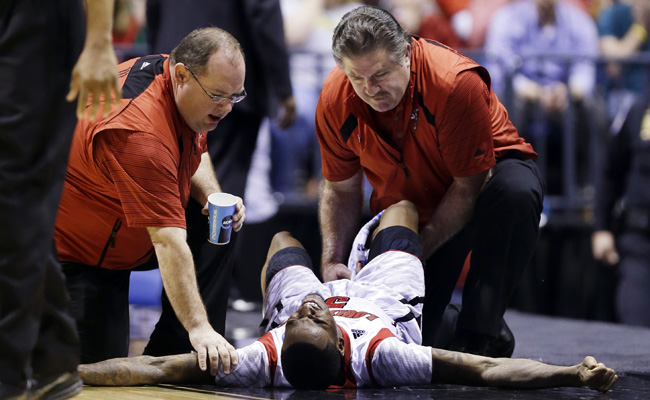 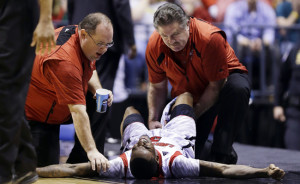 Kevin Ware’s grisly leg fracture during Louisville’s run to the title was excruciating to watch for anyone—but especially so for NCAA athletes, who were reminded of how quickly and violently hopes of an eventual professional career can be put in jeopardy.

Mishaps like Ware’s help explain why athletic-disability insurance policies, once reserved for elite professionals and their clubs to protect the fragile appendages of valuable superstars for exorbitant amounts of money, are now fairly common among student-athletes. In just the last couple months, Texas A&M’s Heisman Trophy winning quarterback Johnny Manziel and South Carolina defensive back Jadeveon Clowney both garnered headlines for their pursuit of insurance policies against career-ending injuries.

Kentucky basketball big man Nerlens Noel, who tore his ACL in mid-February, reportedly paid between $40,000 and $60,000 for a $10 million policy through a private underwriter. Before Noel, Stanford quarterback Andrew Luck had a maximum policy of $5 million through a program known as Exceptional Student-Athlete Disability Insurance (ESDI) that the NCAA provides student-athletes it predicts will likely be high draft picks.